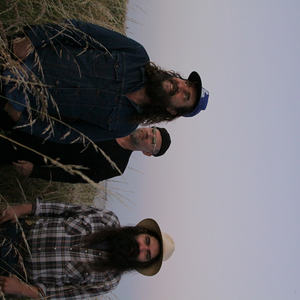 Mississippi Delta roots with a spirited blend of folk, bluegrass, and blues traditions…FERD delivers traditional-sounding original tunes with a kick that is all joy, big bass, and blazing banjo.

FERD (the band) is nearly 15 years in the making. As the former fiddler and front man for the Hackensaw Boys, Ferd Moyse first met East Tennessee banjoist and singer Matt Morelock in 2007 and double-bassist Chris Stevens shortly thereafter. Ferd, Stevens, and Morelock decided to take the trio on the road in 2021 with a singular focus on Ferd’s body of timeless original songs.  FERD has quickly gained the attention of fans, musicians, venues, and discerning listeners worldwide with headlining spots at the Rotterdam Bluegrass Festival, Old Tone Festival, Blackpot Festival, and venues, theatres, clubs, and campfires. FERD is set to release their first album, Feelin’ Like the Wind, in 2022. The album is a musical journey into the toils of joy we find while stumbling our way to forgiveness.